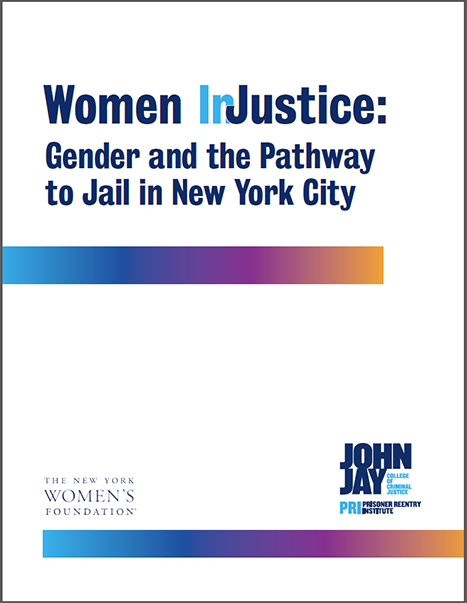 Women InJustice: Gender and the Pathway to Jail in New York City

While New York City has embarked on a series of reforms to divert people from jails and prisons and provide community supervision and community rehabilitation, reforms have primarily focused on men. Our report, “Women InJustice: Gender and the Pathway to Jail in New York City” concludes that equal justice is not possible using a one-size-fits-all approach. Because women have not benefited from criminal justice reform to the same extent as men, the report urges that reforms must meet the gender-specific needs of the people who enter the system.  The report recommends that criminal justice interventions should be gender-responsive and trauma-informed. The report also urges that critically needed social services should be accessible through the criminal justice system, but not mandated by it. Rather, social service systems must collaborate with criminal justice system entities that have ongoing contact with individuals to deliver needed services. The report makes targeted recommendations for reducing the number of New York City women in jail, including increasing the use of non-monetary bail and expanding diversion options. This work was supported by the New York Women’s Foundation.