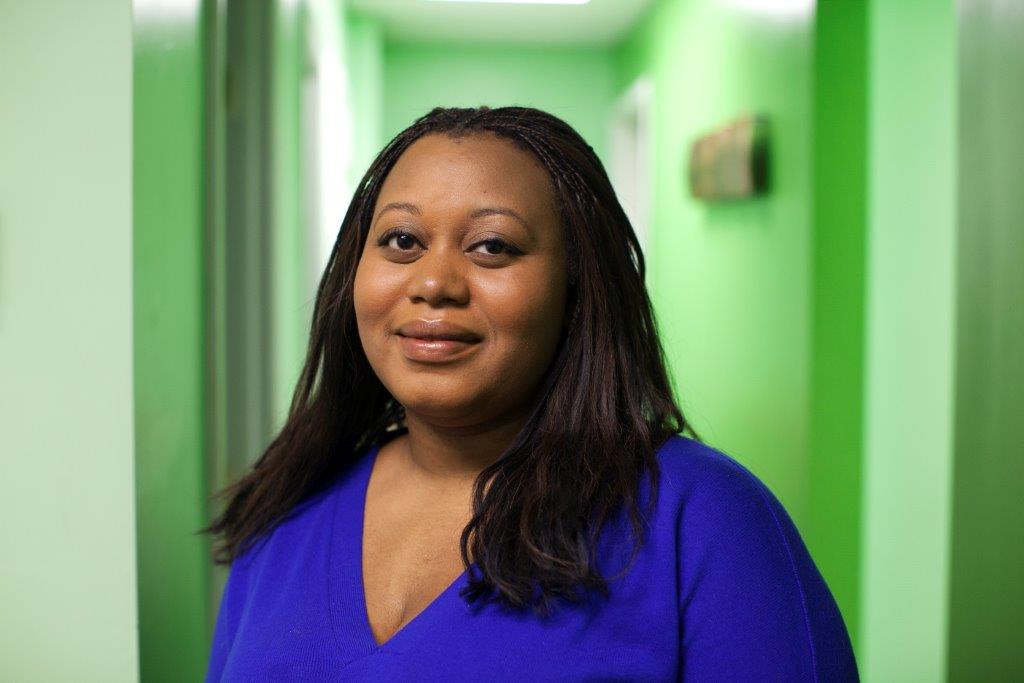 “In young people’s lives on the community level.”

What NYC Justice Corps is all about

We’re a place for young people who are trying to figure out how to be adults, and these are young people who have real adult pressures and real adult responsibilities – parenting, parole, trying to feed and clothe themselves – and they need guidance in how to do that. So we provide that combination of education services, case management, primary person support…

We had a young man here, and he and his girlfriend had two kids together. He would be late every day here because she had to be at her program earlier than him, and so he had to drop the kids off at day care, and he went from the Bronx to Brooklyn, because that’s where the daycare was, before shot-gunning out here. I applaud that young person. He’s not giving up. He’s like, I have to take care of my responsibilities.

We have a young man…who got employed by his internship site. We worked really, really closely with Goodwill Industries, and they loved this young man so much that they gave him a full-time job. I want to see more of that in the future. Also, if I get someone a certification that they can use, that makes them competitive for a career, not just a job, then I consider that a great outcome.

One of the biggest things is having the community change the way they feel about these young people. Having a physical, tangible record of their civic participation – some of these [young] people have never thought of themselves as being a citizen, much less as being a good citizen. It’s part of civic participation that you think about how your actions impact others. So the idea of being involved on a physical project is also about constructing a different image of yourself.

For a lot of these young people, nobody’s ever asked them what they’re interested in. Some of the reason they’re not able to land on career or job interests is because a lot of them are not used to thinking that way, they’re not used to dreaming that way. When I was seven or eight years old, I wanted to be a teacher, a lawyer, a botanist. And this comes from exposure. A lot of these young people have not had that kind of exposure…So what we’ll do is ask them, ‘What do you want the goal to be? At the end of this, what do you want to have happened?’ And a lot of them responded with, ‘I want the community to see me differently, and I want to have a legacy.’

I don’t know which one of them is going to be a caseworker, program director, lawyer, and that’s part of what’s exciting about [this work].