The NYC Justice Corps was created as part of the City’s strategy to combat poverty. It grew out of the work of the Commission on Economic Opportunity created by Mayor Bloomberg in 2006. Building on the Commission’s work, the Mayor’s Office for Economic Opportunity (NYC Opportunity), part of the Office of the Mayor, was launched to “fight the cycle of poverty in New York City through innovative programs that build human capital and improve financial security.”

One of the target populations identified by the Commission was young adults (16-24 years old) who are disconnected from work and education. (Read the full report here.) The Commission recognized that these young adults live in some of the most disadvantaged neighborhoods of New York City and that a significant percentage of them have been involved in the criminal justice system. In response, a team was created with participants from the NYC Department of Correction and John Jay College of Criminal Justice to design a program that would develop the capacity of neighborhoods to address the reentry challenges of their young adults and to instill in the young adults a sense of civic responsibility and accountability to the communities to which they return.

Funded by NYC Opportunity, the NYC Justice Corps was the first New York City program to adapt the national Civic Justice Corps model pioneered in Oregon by Dennis Maloney. The NYC Justice Corps drew on a central principle of the national Civic Justice Corps, which partners community groups, justice agencies and employers to invest in the development and self-sufficiency of court-involved young adults. To that end, the NYC Justice Corps incorporated practices from workforce development, reentry, and service learning programs. The original model included a focus on community service and internship opportunities with stipends, followed by job placement. The initiative sought to empower cohorts of young adults to become change agents in their personal lives and throughout the broader community.

The NYC Justice Corps opened in 2008. Funding from the Mayor’s Office supported pilot programs in the South Bronx, run by Phipps Community Development Corporation (now Phipps Neighborhoods) and in Brooklyn, run by the Bedford Stuyvesant Restoration Corporation (BSRC). In 2010, BSRC withdrew from participation in the NYC Justice Corps in order to pursue other program opportunities, and Phipps launched a second site in East Harlem.

In 2011, the City announced the NYC Young Men’s Initiative (YMI), a comprehensive effort to support programs and policies to address the disparities in outcomes for young black and Latino men—in education, employment, and criminal justice. With funds from the Mayor’s Young Men’s Initiative, the NYC Justice Corps expanded from two to four programs in 2012. The NYC Justice Corps now serves 300 young adults annually in four boroughs.

Role of the Prisoner Reentry Institute 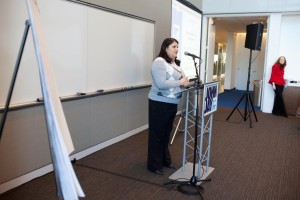 Aligned with the academic and research goals of John Jay College, PRI is committed to building practitioners’ skills and expanding the knowledge base in the reentry field. Since 2012, PRI has operated a Learning Community that brings NYC Justice Corps staff together to develop new skills and share strategies for engaging young adults in service, education, and employment. The Learning Community is a forum for identifying promising practices as they emerge in the daily experience of program professionals.

PRI also offers an online Toolbox that makes available to a wide audience of practitioners the program resources and staff training materials developed for the NYC Justice Corps. There are foundational guides, customizable forms, videos, and other materials you can use to replicate or adapt components of the NYC Justice Corps in your community. Use the Toolbox resources to do community benefit projects with young adults in your neighborhood and learn about a youth development approach to working with young adults involved in the justice system.