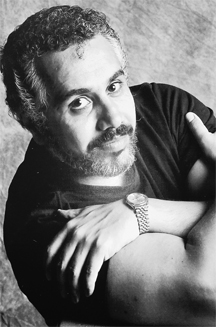 We are now accepting applications for the Victor Hassine Memorial Essay Prize. This annual prize honors Victor Hassine, an author who used his creative talent to produce a host of fiction and non-fiction writings on crime and punishment during his 27 years of confinement in Pennsylvania prisons.

About Victor Hassine
Victor Hassine was born on June 20, 1955 and immigrated to Trenton, New Jersey after his family was exiled from Egypt. He graduated from New York Law School in 1980, and shortly after was faced with a life sentence in Pennsylvania.  Although Victor was incarcerated, he continued to fight for improvements in prison conditions, and challenge the problematic norms of these institutions. Victor was awarded many prizes from the PEN Prison Writing Program. Victor Hassine’s legacy lives on in his writings — especially his classic work, Life Without Parole: Living and Dying in Prison Today, published by Oxford University Press.

About the Prize
The Victor Hassine Memorial Essay Prize is designed to acknowledge the work of current College Initiative students. The prize is awarded to one student, whose writing reflects a commitment to educating communities about crime and punishment, and criminal justice reform.  Essays that are submitted to the competition must be 500 words in length. The winner will receive $500.

The Victor Hassine Memorial Essay Prize competition is closed for the 2017-2018 academic year.